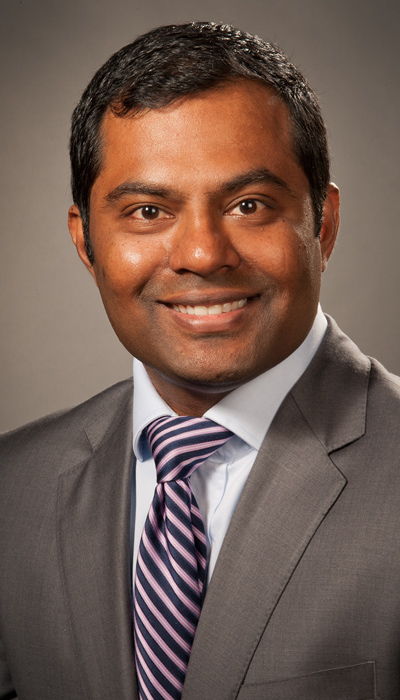 Dr. Swaminath is the Chief of the Division of Gastroenterology (GI) at Lenox Hill Hospital, where he provides oversight and strategy for the full range of services of the hospital’s gastroenterology, hepatology, and nutrition programs. He is also the Director of the inflammatory bowel disease (IBD) program at the institution, a position he’s held since 2013. He obtained his medical degree from the University of California – San Diego School of Medicine, where he also pursued his internship, residency, and gastroenterology fellowship. He went on to complete another specialized fellowship in IBD research at Mount Sinai School of Medicine, and later completed additional coursework in epidemiology and population health at Columbia University’s Mailman School of Public Health.

During his time at Lenox Hill, Dr. Swaminath has built a comprehensive IBD referral program within Northwell Health and has been influential in the development and funding of the Burton I. Korelitz advanced IBD clinical fellowship. His clinical practice focuses on Crohn’s and colitis, as well as providing tertiary care for patients with complex auto-immune GI disorders. He joined Lenox Hill Hospital after five years at New York Presbyterian/Columbia University Medical Center (NYP/CUMC), where he was acting director of the IBD program and had built a research trial infrastructure.

Throughout his career, Dr. Swaminath has authored and co-authored more than 100 original scientific publications, review articles, editorials, case reports, abstracts, and book chapters. He has been involved in numerous multidisciplinary research studies, including phase III clinical trials offering cutting-edge therapy for patients unresponsive to standard IBD treatments. He is currently the principal investigator of seven studies examining such topics as the relationship between fatigue and IBD disease activity, and air pollution and the rate of IBD-related deaths. His research work has been strengthened with the creation of the Benenson-Korelitz IBD research fellowship, which has allowed the department to compete for extra-mural grant funding.

As a highly regarded expert in the field of inflammatory bowel diseases, Dr. Swaminath has been invited to present at numerous national and international conferences. He has been appointed to national committees within several prestigious organizations, including the American College of Gastroenterology, the American Society of Gastrointestinal Endoscopy, the New York Society of Gastrointestinal Endoscopy, and Crohn’s & Colitis Foundation. 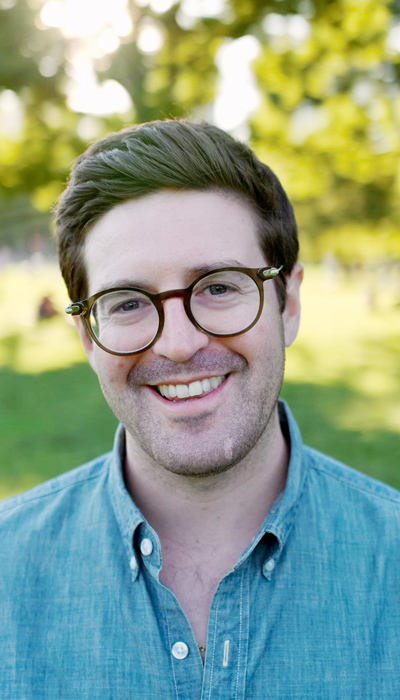 Benjamin Goldenberg has been a sincere and ardent supporter of the Crohn’s & Colitis Foundation from early in his personal journey with Crohn’s Disease. Diagnosed in 2014, his initial experiences with the disease were marked by a constant and evolving battle between understanding and managing his symptoms and triggers––struggling to find the right doctor and medical regimen––while also attending to the daily stresses and demands of his early professional career and adult personal life; all things that he believes are common experiences of Crohn’s and ulcerative colitis patients.

What Ben found in the Crohn’s & Colitis Foundation was a group of likeminded individuals who support each other through shared experiences and a common mission. They share a sense of purpose and determination to find a cure for these insidious diseases, to deliver resources to those who need it, and to raise awareness for conditions that patients at times struggle to voice.

Ben’s involvement began with the Greater New York (GNY) Chapter’s Young Professionals Group, through which he raised funds annually for its comedy night. In 2018, he chaired the fundraiser event and proudly renamed it Sh!ts and Giggles. He also participated in a half marathon with Team Challenge, and succeeded in being one of the top fundraisers nationally.

As Ben’s experience with the organization deepened, he has become an emerging leader within the GNY Chapter, serving on both the Volunteer and Engagement Committee and the Gala Committee.

While Ben will attest there have been multiple frustrations and struggles throughout his diagnosis––among them adverse reactions to medication, insurance approval woes, and an emergency surgery in 2018––he is grateful for the chance to consider his disease more “in remission” than not. He understands this is not the case for everyone, but hopes for it.

“One of the most salient experiences with my Crohn’s journey was in 2018, when I chaired our comedy event. I vividly remember speaking to the crowd and feeling overwhelmed looking out at other members of the Young Professionals Committee who fought far more severe symptoms and circumstances than I had––yet, they showed up with whatever energy they had to find a cure for these diseases. I recall feeling fortunate to have my own disease under control. Three days later, I was in the hospital having an emergency surgery for a complication emerging from a manifestation of the disease. The abrupt series of events served as a personal epiphany—these diseases are so volatile that your health can radically change almost instantaneously. I think that experience instilled an even greater sense of urgency that we need to find a cure for Crohn’s and colitis.”

Click HERE to make a donation in Ben’s honor. 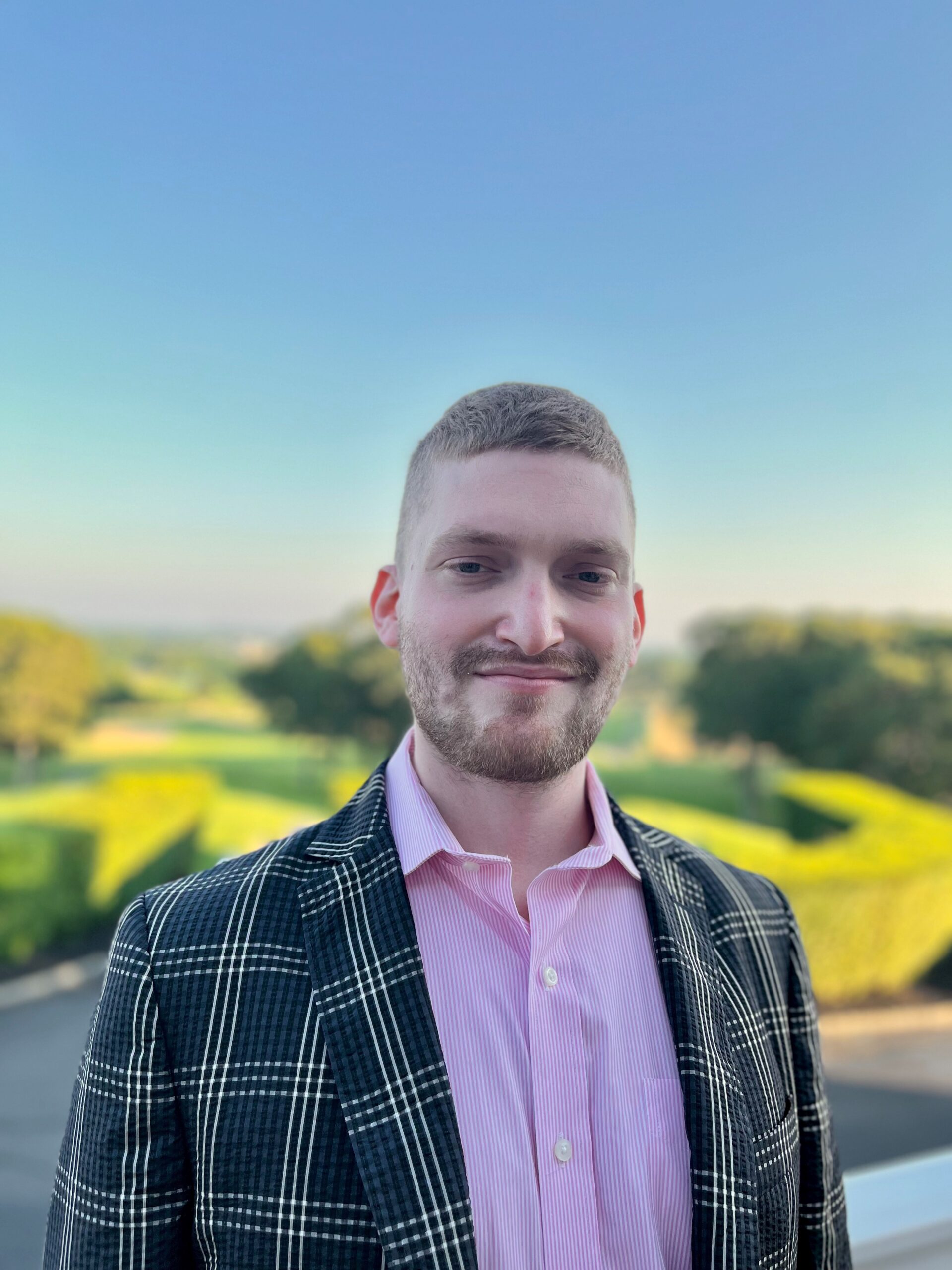 Maxwell Federman is an active member of the Young Professionals (YP) Committee of the Crohn’s & Colitis Foundation’s Greater NY Chapter. Max believes in the greater goal of the Foundation – to improve the quality of life of children and adults affected by Inflammatory Bowel Disease (IBD).

In 2010, Max battled his own case of IBD when he was diagnosed with ulcerative colitis. When most of his peers were getting ready to go to college, Max gave up an academic scholarship to his dream school, went on medical leave and spent months in and out of the hospital. Max only had a 20% chance of surviving his IBD – his journey included multiple perforations & infections, almost thirty surgeries and three separate ostomy bags. In addition to the physical scars from this experience, Max also had to overcome the emotional trauma from this experience: “I blamed myself for my health condition and grew to despise myself. I had no motivation to take good care of myself.”

After a flare-up that would potentially result in a fourth, and permanent, ostomy bag, Max realized he had to change his outlook on life. “I found myself at a crossroads knowing that if I continued to despise myself and self-sabotage, I would only be guaranteed a life full of misery and increasing depression. From then on, I forced myself to eat healthy, work out, dress nicely and practice daily self-love & compassion.”

Max credits his new outlook on life and professional success to the Foundation. “The YP Committee is very important to me. It is inspirational to be around individuals who have had similar diagnoses and achieve financial success, romantic partnerships, and personal fulfillment. It’s a reminder that I can do the same. While the Foundation seeks to cure IBD, it also creates a community for family and friends. A place of love and support for those of us dealing with these health issues can be more powerful than any antibiotic on the market. The Foundation offers resources and community to those who find themselves feeling isolated. Not everyone is fortunate enough to have the emotional and financial support they need, and everyone battling IBD should have access to the same love and friendship that I received.”

Max aspires to have a positive impact on his fellow peers in the IBD community. 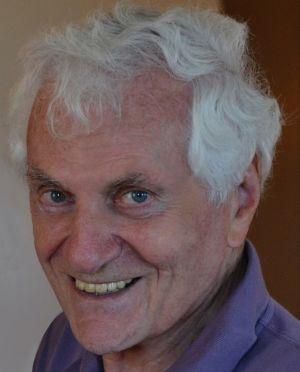 We honor the memory of Dr. Burton Korelitz, a physician who spent more than 60 years improving clinical care for IBD patients. Dr. Korelitz, who died at the age of 95, co-founded the Crohn’s & Colitis Foundation’s Greater New York Chapter. He previously served as the chair of the Foundation’s National Scientific Advisory Committee, as Chief Emeritus and Director of Research in Inflammatory Bowel Disease at Lenox Hill, and as a Clinical Professor of Medicine at New York University School of Medicine.

Revered by both his patients and colleagues, Dr. Korelitz’s research efforts were instrumental in helping clinicians understand how to use specific medications, including azulfidine and aminosalicylate products, intravenous and oral steroids, and current biologicals. In addition, his dedication and strong interest in the natural course and complications of IBD as well as understanding dysplasia and cancer surveillance in colitis has made a life-changing difference to countless patients and families.

Dr. Korelitz is survived by his wife, Ann (a family therapist) and his daughters, Nina and Jean, 2 sons-in-law and 4 grandchildren.

At this year’s 55th Annual Gala, we will celebrate the incredible life of this IBD medical pioneer, as we reflect on his influential legacy of revolutionizing care for patients living with Crohn’s disease and ulcerative colitis.

Click HERE to make a donation in Dr. Korelitz’s honor. 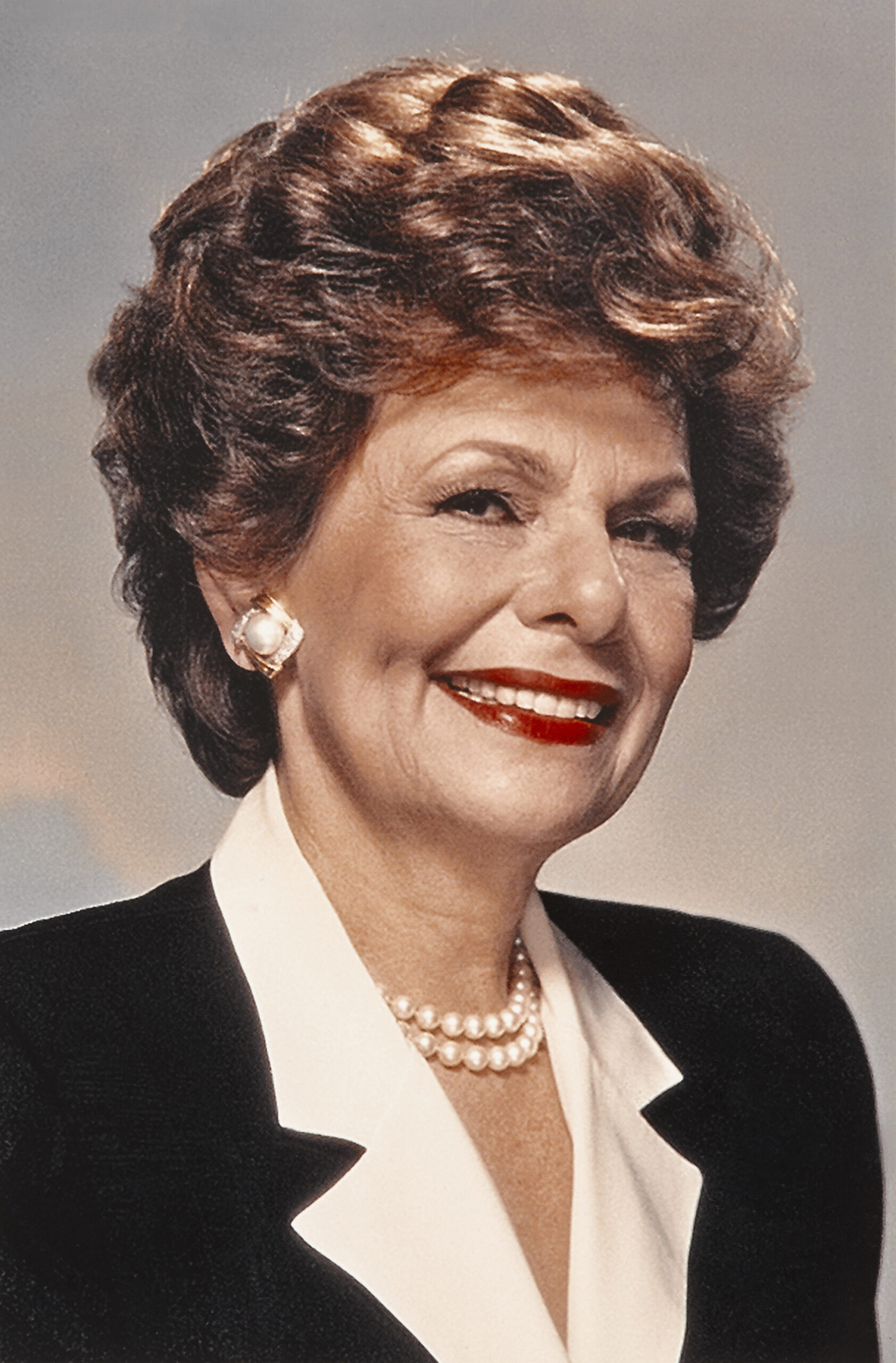 Earlier this spring, we lost Shelby Modell, the last living co-founder of the Crohn’s & Colitis Foundation.

After her son Michael was diagnosed with Crohn’s disease at the age of 13, Shelby and her late husband William Modell, along with Irwin and Suzanne Rosenthal, and Dr. Henry D. Janowitz, founded the Foundation for Research in Ileitis, now known as the Crohn’s & Colitis Foundation.

Shelby worked tirelessly to raise millions of dollars to provide critical education and support to patients and for IBD research, in hopes of one day finding cures for inflammatory bowel disease (IBD). The number of healthcare providers and IBD researchers has accelerated over the past five decades as a direct result of the unrelenting efforts of the Modells and the Rosenthals. Today, there are numerous medical journals dedicated to Crohn’s disease and ulcerative colitis, and new discoveries are being published daily.

The financing of the Foundation was launched by the Modells, who brought together thousands of people, including personal friends, business colleagues, athletes, and patients and their families who suffered from Crohn’s disease and ulcerative colitis.

For over 50 years, Shelby and her family chaired the Greater New York City Chapter’s annual dinner (the gala that we celebrate), one of the most successful annual fundraising events for the Foundation. Shelby and her late husband chaired the dinner for 25 consecutive years until 1993, when their son Michael and his wife Abby took over. After Michael’s passing in 2001, his brother Mitchell chaired the event until 2020.

Shelby Modell received her B.A. from Brooklyn College and her M.A. from Columbia University. She has had a distinguished career in philanthropy, benefiting the fields of health, mental health, education, and the arts. Shelby is survived by her daughter Leslie and son Mitchell; daughters-in-law Abby, Leslie, and Robin; grandchildren Alex & Gila Modell, Andrew Modell, Ashley Modell Gelbard & David Gelbard, Ashley Modell, Brittany Modell, Matthew Modell, Max Modell, Missy Modell, and Shawn Modell; and great grandchild Myka. Several of Shelby’s grandchildren – Alex, Missy, and Brittany – carry on her legacy and are active volunteer leaders within the Foundation.

This year, as we host the gala event that Shelby and the Modell family have chaired for so many years and that we now celebrate in its 55th anniversary, we are so honored to commemorate the life of Shelby Modell – a true icon in our IBD community.

Click HERE to make a donation in Shelby’s honor.

Looking to support our event?

Learn More About Us